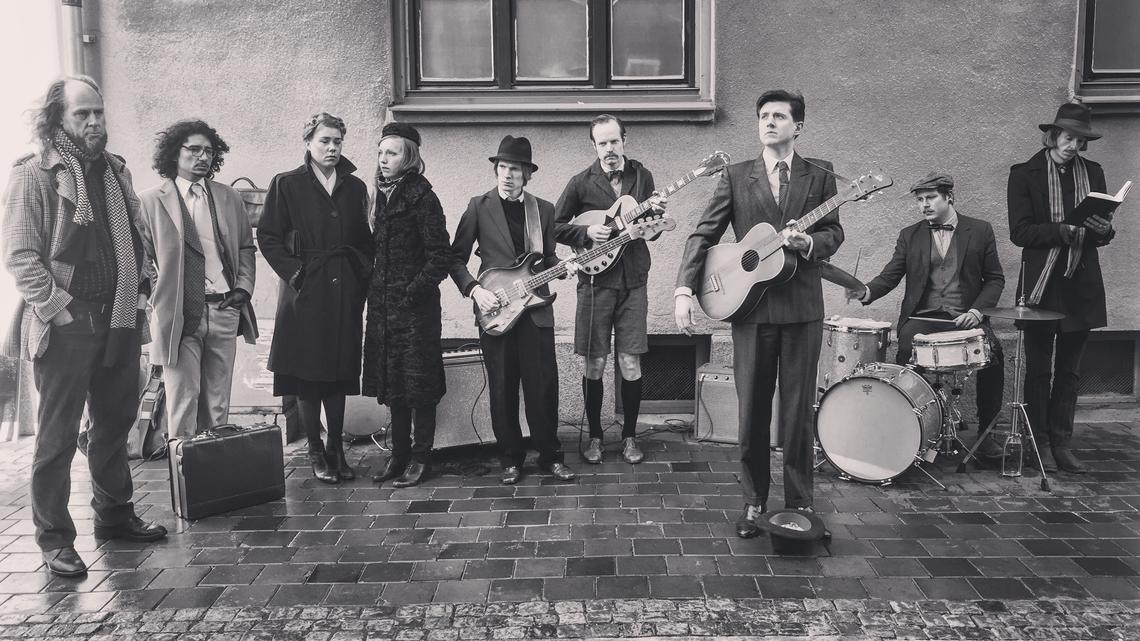 AstroMike Gordon is a Swedish, four piece, crooner-rock act with a style that sounds as if David Bowie, Frank Sinatra, David Byrne and Jonathan Richman held a garage sale together. The gestures are big and the emotions are many. They have played in over 20 cities spread across Europe including Berlin, Hamburg, Vienna, Amsterdam, Reykjavik, Athens, Sankt Petersburg, Moscow, Tirana, Gothenburg, Copenhagen and of course their hometown Malmö.
The band was formed by the talented singer and songwriter Cristoffer Csanady. He began playing music at the age of seven. Maybe it was the terribly dark Stockholm winters, but he soon developed a taste for seriousness in jazz music. Many years later, after graduating from the university of Lund with a masters degree in improvisational music, he realized that he needed to create something different. He had to reinvent himself. That’s when he met AstroMike Gordon for the first time. They met in the darkest ally of his mind and put all of their knowledge and ideas together. But above all they added their voice, which is one of the most powerful voices on the pop scene today.
AstroMike Gordon ́s voyage started in March 2012 but reached a new level in 2014 when the debut album was released.

”AstroMike Gordon’s new album looks to be one of the most promising of 2014“
-Mike Mineo, Obscure Sound

”AstroMike Gordon – a young man named Christopher, Swedish musician, who definitely has his own unique style and flow. His music – it’s incredibly touching and breathtaking. And he has an unmatched voice”
– Eatmusic, Moscow

”Tomorrow night, they’re bringing their enigmatic indie pop sound to Vienna for a show at Kramladen. We wouldn’t miss it for the world.”
– Savoteur, Vienna